In advance of the 2023 National Symposium for Classical Education, The Great Hearts Institute is proud to present participating speakers Dana Gioia and Fred Turner. The two poets will take part in a LIVE conversation on the fortunes of poetry with ample opportunity for audience Q&A. The virtual forum will be facilitated by Great Hearts Institute Executive Director Dr. Robert L. Jackson. “This should be an interesting conversation that highlights the importance of a classical approach to the liberal arts, from two of the country’s most gifted men of letters,” said Jackson.

This one-of-a-kind opportunity to dialogue with two masters of their craft will premier Friday, December 2nd at 11AM (MST) on The Virtue Podcast, which can be viewed LIVE on the Great Hearts Institute YouTube channelor Facebook LIVE. 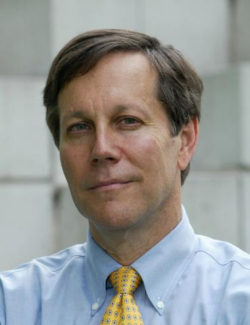 Dana Gioia is an internationally acclaimed poet and writer.  Gioia (pronounced Joy-a) was the former chairman of the National Endowment for the Arts and served as the California State Poet Laureate from 2015 to 2019. The first person in his family to attend college, he received a B.A. and M.B.A. from Stanford and an M.A. from Harvard in Comparative Literature.  Gioia worked as a businessman for 15 years before quitting at forty-one to become a full-time writer.

Gioia has published 5 full-length collections of verse and 4 books of essays. Can Poetry Matter? (1992) was a finalist for the National Book Critics Circle award.  The book is credited with helping to revive the role of poetry in American public culture. 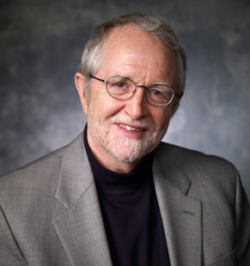 Fred Turner, Professor Emeritus at the University of Texas at Dallas, was born in Northamptonshire, England, in 1943. After spending several years in central Africa, Turner was educated at the University of Oxford, where he obtained the degrees of B.A., M.A., and B.Litt. (a terminal degree equivalent to the Ph.D.) in English Language and Literature.

“Promoting classical liberal arts education involves carrying the Tradition forward in the works and artistry of each generation: a living Tradition, embodied in contemporary masters,” said Jackson, who will be hosting the podcast. “These two torch-bearers of the humanities are carrying forward the intellectual and spiritual Tradition of classical education—and we’re delighted that they’re joining us for the VIRTUE Podcast.”

This session of rich conversation with experts in the field is just a preview of the panels and discussion you can look forward to at The National Symposium for Classical Education, an annual forum for the classical movement at large, featuring the finest research and training the movement has to offer.  The 2023 Symposium titled The Tradition Today will be held at the Phoenix Convention Center, February 22-24, 2023. Register here.