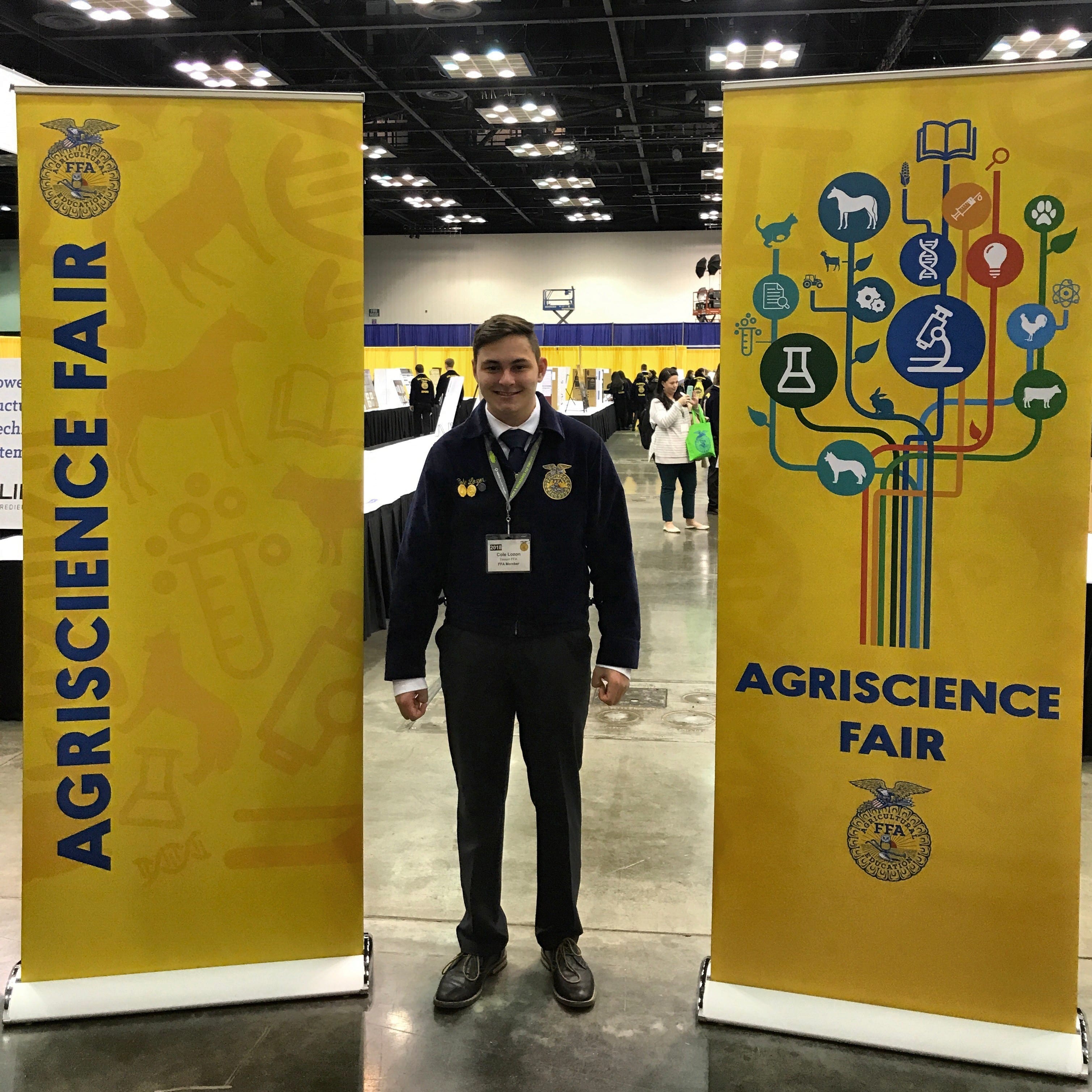 Cole, along with six other Trivium Prep students, is representing Trivium FFA at Nationals this week.

Cole’s project was on Eutrophication and began in his freshman biology class. Eutrophication is a freshwater algal bloom that will affect the ecosystem underneath by killing all the living organisms because it creates a blanket of algae on the top of the lake or pond. In Cole’s first year, he specifically was looking for a treatment that would reduce the algal bloom. His first results indicated that oil was effective in the reduction of the algal bloom. In his second year, Cole took this project to another level by wondering if there was a natural component that would reduce the algal blooms but would not reduce the other organisms in the ecosystem. This is his third year on the project, where he is continuing to look at specific chemical components to determine which will  reduce the algal bloom faster than the Calcium Chloride. He found that a common binding agent was sulfur.

Cole has been working on this project for three years and it is wonderful to see his hard work rewarded.