At Great Hearts, we believe the word virtue is the most important word in understanding the purpose of classical education.  An education intent on the cultivation of virtue stands in contrast to the recent history in American education of focusing mostly or only on data and outcomes for children.  In a very important sense, our culture has been hollowed out of moral purpose and our work as classical educators is to restore a language that has been lost.  Classical education seeks to answer the question of what it means to be a complete and flourishing human being? What am I made to do and seek? How should I live with myself and others?  An understanding of virtue helps us answer these questions.

Virtue seeks to define our ultimate purpose.  In English, virtue, from the Latin “virtus” and the Old French “vertu,” means strength, courage, and excellence.  When a person is virtuous, he or she is hitting the mark on human potential and completeness.  At Great Hearts, we teach our students that the study of Western Culture is in many ways the study of human excellence.  Our students come to know that virtue has a history.  Our students read about Homer’s example of Achilles and his battlefield excellence, for instance.  But they soon study how virtue evolved in fifth century B.C. Athens with the rise of philosophy and Socrates’ courage to seek truth relentlessly.  Also learning from the cradle of the Mediterranean, our students observe the Judeo-Christian tradition of moral excellence.  From this tradition, we learn of the centrality of being wise, faithful, just, and temperate.  Historically speaking, it’s the interplay between these two intellectual and moral traditions, Athens and Jerusalem, and the conversation about human purpose, that creates the DNA of virtue in the West.  What this three millennia tradition of virtue teaches us is that there is an unbreakable connection between intellectual excellence and moral excellence–that there is a relationship between knowing the truth and acting upon it, i.e. being good.

A classical education seeks to habituate the link between intellectual virtue and moral virtue.  Aristotle says none of the moral virtues are implanted in us by nature, but rather moral virtue is formed by habit.  So, through the progression of the classical trivium—grammar, logic, rhetoric—we first inculcate moral habits in the very young that then reinforce wisdom as the student matures into rationality—the progression from our lower school to upper schools.  Wisdom then reinforces the moral virtues, extending and refining them, as the young person moves into adulthood.   This is the beautiful vision of virtue offered by the best of the Western Tradition and our students live this journey as the move through the program and grades at Great Hearts.

In Book Six of his Ethics, Aristotle defines wisdom as a virtue of the rational part of the soul.  One who holds this master virtue “is good at deliberating who, by reasoning, can aim at and hit the best thing attainable to man by action” (1141b 13-14).  Such deliberating has the end of forging a “good life”: “with what is just, noble, and good for man; and it is doing such things that characterizes a man as good” (1143b 21-22).   While the personal applications of the virtues are manifold, they are not utterly subjective or relative. Aristotle says that in practical wisdom right reason meets right action.  In short, the virtuous cycle follows this progression: moral disposition to do good, deliberation, right action, reinforced habit in support of a moral virtue, again and again, all to the end of the good life.  As such, one of the beautiful aspects of classical wisdom is that it serves as the link between truth and goodness.

Over time, indeed over a lifetime, wisdom, or the lack thereof, form the character of a person.  The word character comes from the Greek word kharakter which means an “engraved mark,” literally the etched impression of a face one would find on an ancient coin.  Hericlitus’s quote that “character is destiny” and Martin Luther King’s aspiration that all children be judged by the “content of their character” speak to how the concept of character is life summative and starts to evoke permanence, a cumulative career of virtue, so to speak.  Thousands of wise decisions converted to actions—the cycle of moral virtues and habits—forges the possession of character. 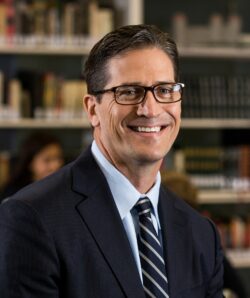 This article is part 1 of a 6-part series from The Six Loves of Great Hearts by Dr. Daniel Scoggin, Academies Officer and Co-founder of Great Hearts.