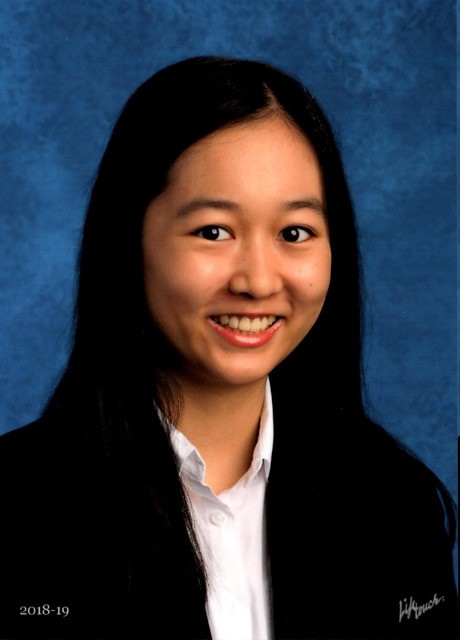 She has accomplished many things as a high school student including recently being named as a 2019 U.S. Presidential Scholar! The competition started with nearly 3.6 million seniors; 5200 students were identified as candidates and Amy became 1 of 621 semifinalists from across the country before ultimately being named 1 of 161 Presidential Scholars!

Amy was also selected as 1 of 4 students in North America to receive an all-expense paid trip to Iceland this summer under a program sponsored by National Geographic. She will study Iceland’s climate and geology.

In addition to being named a U.S. Presidential Scholar, another one of Amy’s other proudest high school achievements was being selected as an American Legion Auxiliary Girls Nation Senator by 288 Girls State delegates. As a result, she received an all-expenses paid trip to Washington, DC and met with some of our nation’s leaders. Amy excels in Speech & Debate and was ranked top 32 in the world in the International Public Policy Forum. The most influential person in Amy’s life was Mr. Travis Clement, SPA Speech & Debate coach. Other fun facts about Amy is that she was featured in a New York Times article and appeared twice on Good Morning America!