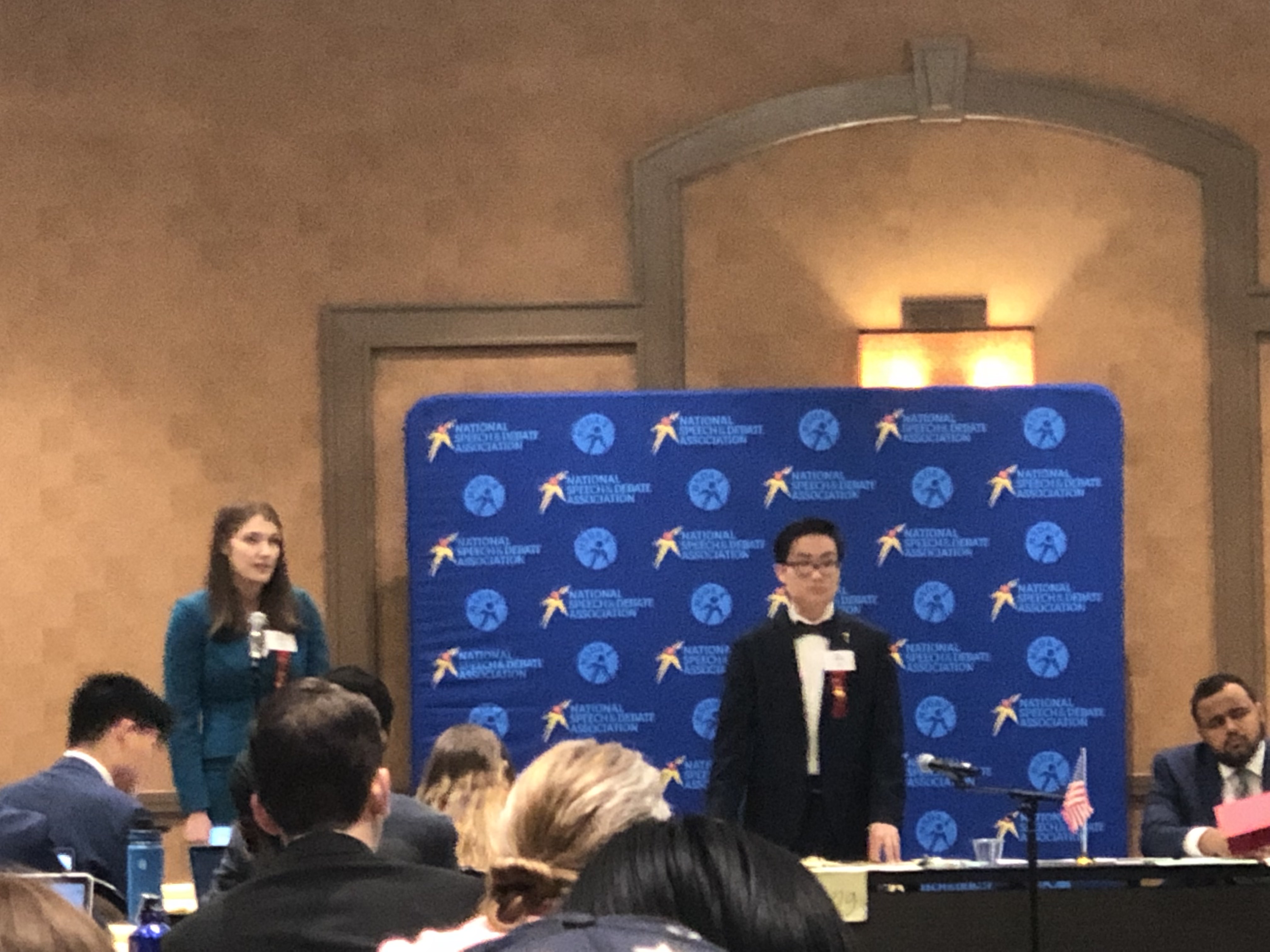 Great Hearts Academies was well-represented at the 2019 National Speech & Debate Association (NSDA) Championship Tournament in Dallas, Texas this past June. In order to compete at the National tournament, competitors go through an intensive qualification process and represent the top 2% of speech and debate competitors across the country.

Congratulations to these Great Hearts students for their performance at the National tournament!:

– Thomas Chung (Scottsdale Prep, class of 2020) placed 3rd in the country in Congressional Debate (House). Thomas was also elected the Presiding Officer by the chamber of national finalists. Thomas is among a small handful of students in the country that have auto-qualified for next year’s NSDA National Tournament in Albuquerque, NM.

– Alison Cohen (Chandler Prep, class of 2019) made it to the Congressional Debate (House) finals for the second year in a row, placing 6th this year after placing 7th last year. By the end of the tournament, Thomas, Alison and the other House Finalists had debated for nearly 30 hours across dozens pieces of legislation.

– Reeti Patel (Scottsdale Prep, class of 2020) advanced to Round 7 in Extemporaneous Debate (the top 113 competitors out of 870 entries).

Alison Cohen was coached by Mr. Mica Tacderan. Scottsdale Prep students were coached by Mr. Travis Clement, who was recognized with two awards from the NSDA at this tournament (earning both his 1st Coaching Diamond Award and the Service Key Award) for his leadership, dedication, and service to his school and the Speech & Debate community over the last six years.

Art Teacher Reaches for the Stars