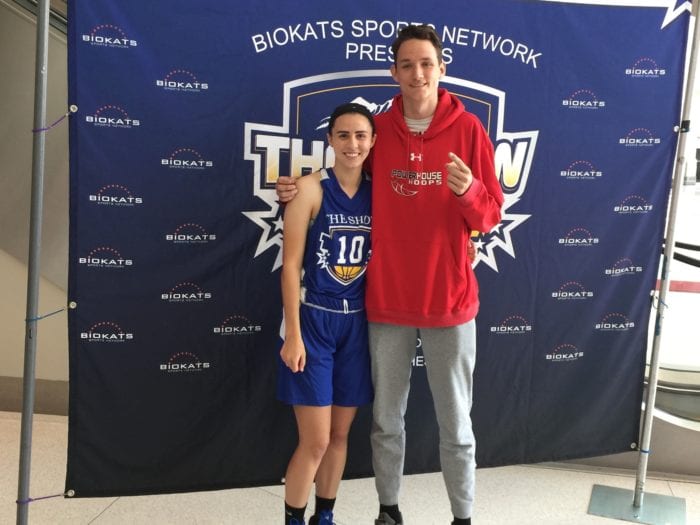 PHOENIX, Ariz.—March 30, 2017— Two Anthem Prep Athletes have been recognized for their basketball skills. Junior Trey Wood, and Sophomore MJ Roe, were chosen to participate in The Show, an Arizona High School Basketball All-Star game double-header being played today at Talking Stick Arena. The selection committee picked the top 20 boys and top 20 girls in the state to participate in the games.

Trey Wood was a dominant force this year for the Anthem Prep Eagles, leading the team in blocks, rebounds, and points. And MJ led the team to the final eight and averaged over 21 points per game.

Anthem Prep Athletic Director, Rick Watmore shared his enthusiasm for this recognition. “We are incredibly proud of the exemplary character of our Anthem Prep athletes, whose athletic abilities are enhanced by their sense of integrity and sportsmanship.” He continued, “Trey and MJ are shining examples of talented athletes that also demonstrate the character and ethics so integral to a Great Hearts education.”

Boys and girls Arizona all-stars who will be part of the The Show were introduced this past Wednesday at Talking Stick Resort Arena. The NBA’s Suns and the WNBA’s Mercury are partnering with Biokats Sports Network to present The Show: Arizona Boys and Girls High School Basketball All-Star Games.

About Great Hearts:
Great Hearts is a non-profit network of public charter schools dedicated to improving education nationwide through classical preparatory K-12 academies. As the largest provider of classical education in the country, Great Hearts academies serve more than 14,000 students at 29 public schools in greater Phoenix, Ariz. and San Antonio and Irving, Tex., with waitlists that typically exceed enrollment. Great Hearts provides a robust liberal arts curriculum incorporating advanced math and science, a focus on the arts and foreign language, and a range of extra-curricular activities and athletics. Learn more at www.greatheartsamerica.org.