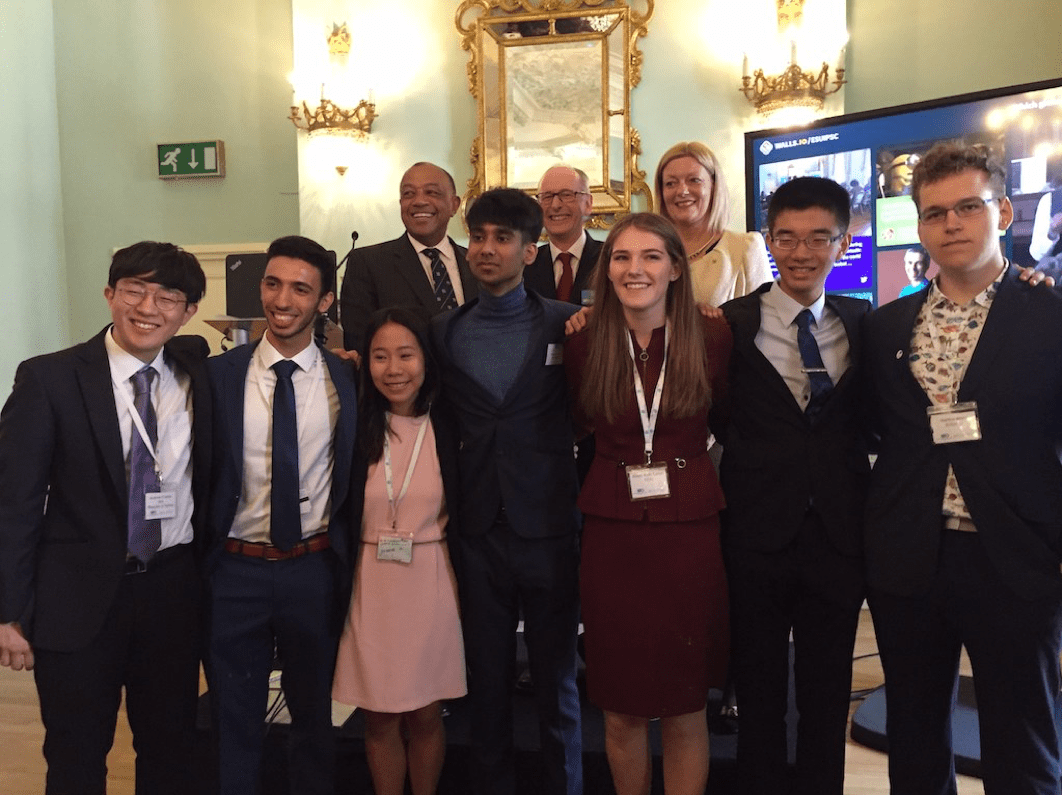 These words were spoken in London by Chandler Preparatory high school junior Ali Cohen as part of her speech, Many Worlds Apart at the Grand Final of the ESU International Public Speaking Competition at Dartmouth House today.

Ali (third from right in the front row) used her platform to urge those who have power and influence to be a conduit for uneducated girls around the world in their fight for education, opportunity and equality.