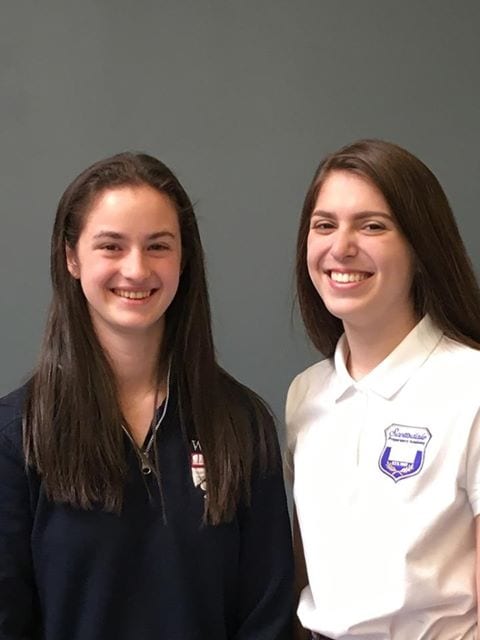 Scottsdale Preparatory Academy’s Shayna Cohen and Rachel Zoneraich have both secured internships at the Translational Genomics Research Institute (TGen) for the summer.

TGen is a non-profit organization that aims to redefine human health advances through their genomic research discoveries.

Cohen, a sophomore at Scottsdale Prep, was selected to be an Ivy Foundation Scholar and will be doing research focused on finding a cure for brain cancer.

The Ivy Foundation Scholar Program is part of the highly competitive Helios Program at TGen. According to their website “Interns work full-time on a research project under the mentorship of a TGen scientist to unravel the genetic components of diabetes, neurological disease and cancer.”

Zoneraich, a sophomore, was selected for the Helios Scholars Program as well, but will be conducting research in the multiple myeloma lab to do coding and math analytics while also working alongside college students.