The Great Hearts story began 15 years ago with a belief that public education could do better. The founding leaders believed that a classical, liberal arts education should not be kept behind the walls of expensive private schools. Every child deserves a quality education.

Arizona and Texas welcomed charter schools two decades ago because the states wanted to introduce more options for families and allow innovators to bring new models of high quality education delivery. In the early 2000s, a pioneering group of brave parents took a leap of faith in an organization with very few resources other than goodwill, a small cadre of passionate teachers, and the willingness to begin a journey.

The first Great Hearts schools started in leased church classrooms and strip malls. There were plenty of doubters. Would such a form of education be broadly appealing to families? Could the schools attract enough teachers to work in a classical program? These questions have been answered with a resounding yes and propel the organization forward to this day.

As in the case of any young organization, early decisions made the difference. Great Hearts started by serving students in grades 7–12, but later expanded its scope to K–12 to make the offering accessible to all scholars. In the same spirit, Great Hearts opened academies all around the Phoenix metropolitan area and, in 2014, opened its first Texas campus.

By providing schools in which both students and teachers thrive, Great Hearts has become the nation’s largest provider of campus-based K–12 classical education. It now employs more than 1,500 teachers and serves 17,000 students in two states.

Throughout its growth as a public, nonprofit charter school network, Great Hearts has remained squarely committed to the public trust that it serves. Great Hearts is the only network of its size in both Arizona and Texas today that is organized as a nonprofit at all levels. The benefit of the organization has always been for the common good of families and teachers, and even more broadly, the good of our nation.

Our Growth is Driven by Need

Despite Great Hearts’ impressive growth, its current resources cannot meet the demand for its unique educational offering. There are 16,000 students on its waitlist. And as many schools face severe teacher shortages, Great Hearts has the opportunity to expand with, on average, seven applicants for each teaching position it fills. 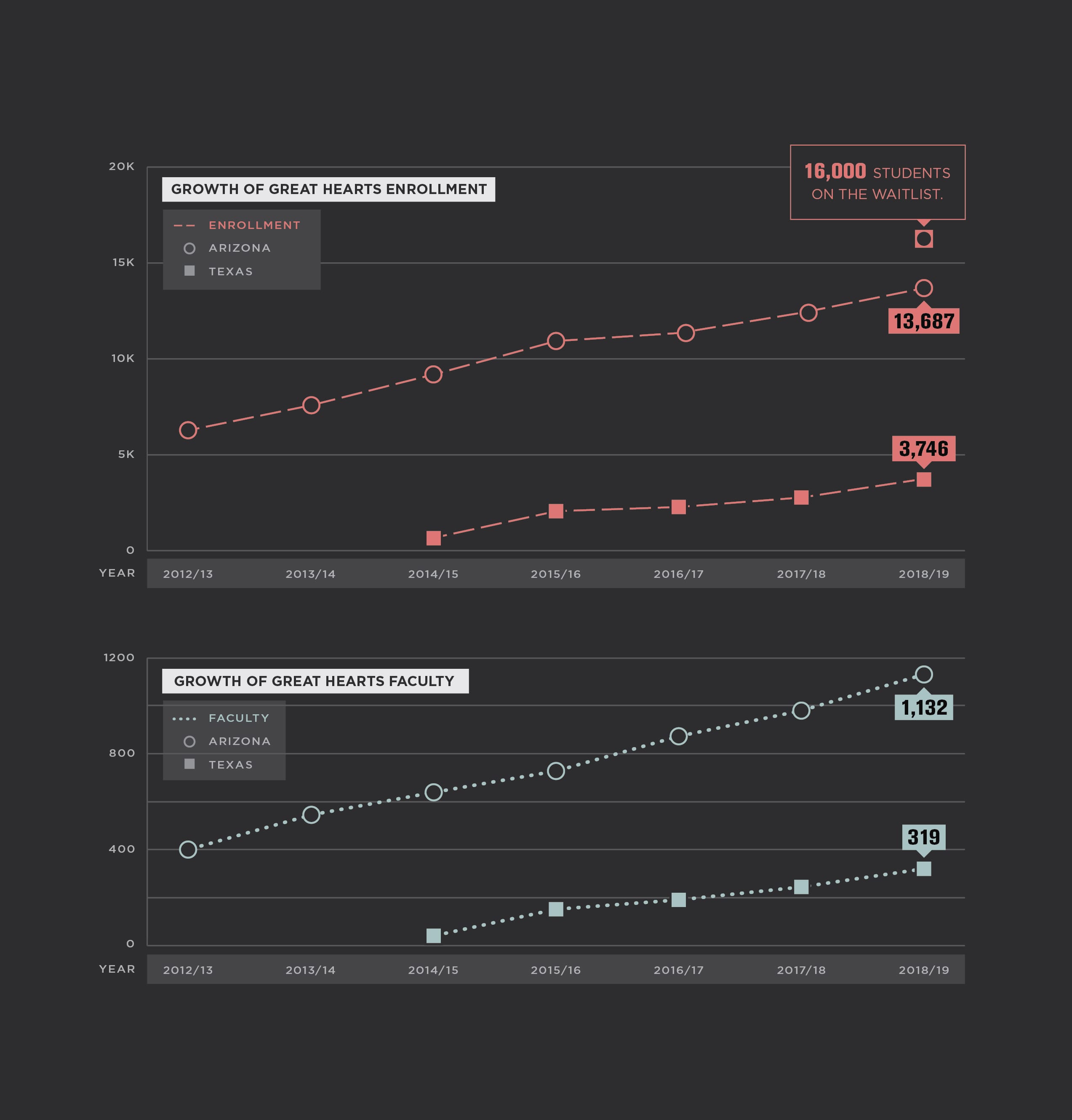 Join us for A Journey to Emerald City at the 5th Annual Great Hearts Gala.... Read More »

View All Events
Back to main